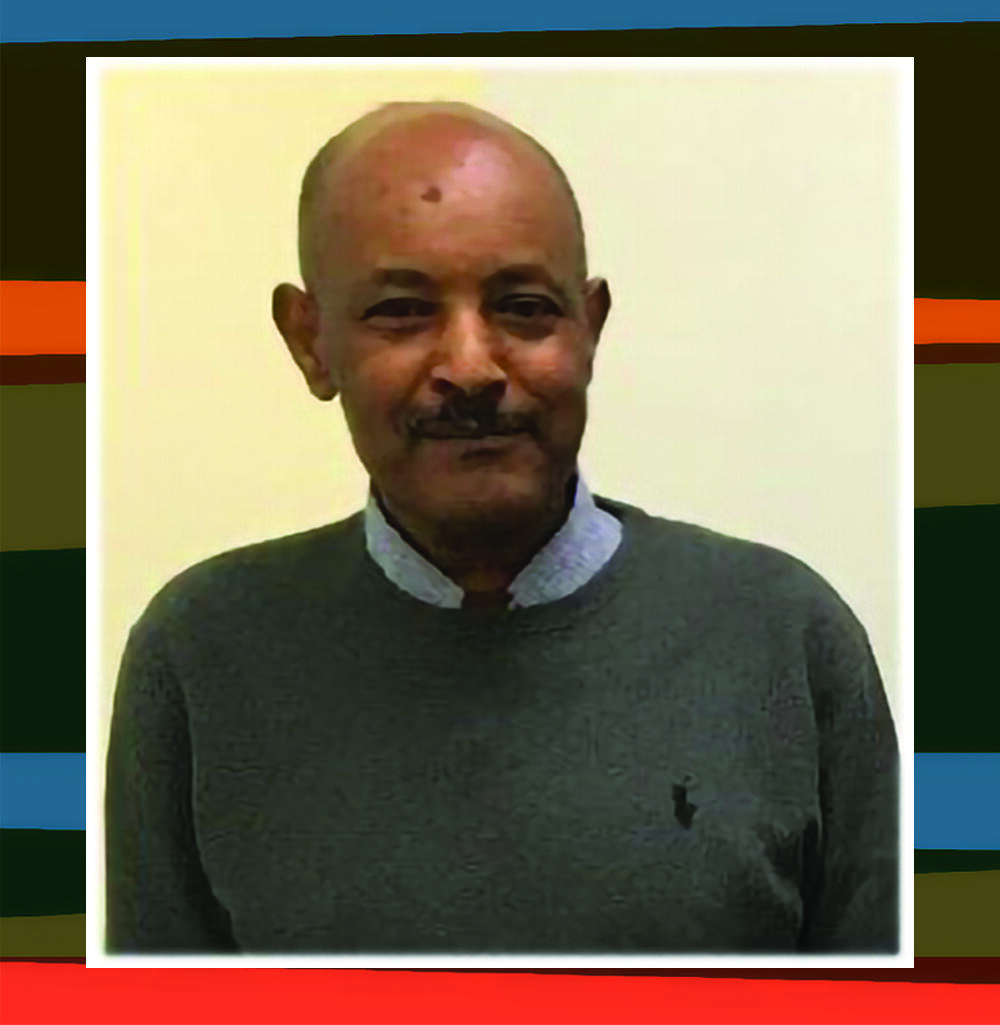 Along with colleagues, students and friends, we mourn the loss of Shiferaw Assefa, our Amharic instructor and valued member of the Africanist community at UC Berkeley, UC Los Angeles, Kansas University and beyond. Originally from Ethiopia, his first degrees were in Amharic, French and Economics from Addis Abba University. With wide ranging interests, he gained master's degrees in Linguistics and African Languages from the University of Nairobi, Linguistics from Michigan State and African Studies and Library Science from UCLA. He received his PhD at UCLA in History in 2012, writing his doctoral dissertation, Omotic Peoples and the Early History of Agriculture in Southern Ethiopia, under the supervision of Professor Christopher Ehret and Professor Edward Alpers. He served as the Africana Librarian and Amharic instructor at Kansas University before returning to California where he taught history at La Canada Community College and, since 2019, Amharic at UC Berkeley. He is remembered as a warm and gentle soul by many. He was laid to rest on the grounds of the Debre Libanos Monastery in Ethiopia.

The campus community remembered Shiferaw Assefa along with other members of the community who passed in 2020/2021 at the annual memorial on 15 September 2021 at 12 Noon at the flagpole west of California Hall.

We invite friends, colleagues and students to submit remembrances of Dr. Assefa. Send to asc@berkeley.edu

It is with a particularly heavy heart that I write this memorial to our former student and my dear friend, Dr. Shiferaw Assefa. I first met Shiferaw when he was pursuing his M.A. in African Studies at UCLA, a degree that he completed in 1991. When he returned to UCLA a decade later to pursue what became joint degrees in Library and Information Sciences and African History, I was only too pleased to be able to work with him again. It is from that engagement that we became fast friends.

Shiferaw’s Ph.D. dissertation on the early agricultural history of the Omotic-speaking peoples, entitled “The Omotic Agricultural System: A Linguistic Approach,” represents an important extension to Northeast Africa of the linguistic archaeology approach pioneered by my colleague Professor Christopher Ehret. Because of his unusually strong training in linguistics, Shiferaw was very well prepared for this project. His decision to work on an area of eastern Africa that is quite distinct linguistically and historically from those studied by other students who have embraced Ehret’s methodology, most of whom work on different sub-groupings of Bantu-speaking peoples, was well considered. The agricultural history of the Omotic-speaking peoples is especially interesting because of the domestication of enset, which is something of a curiosity among staple crops in Africa and imposes an unusual labor system on its producers in Ethiopia. In addition, the fact that this region of Ethiopia is an area of the independent evolution of agriculture makes it of particular significance globally. Shiferaw’s research provides new information on this remarkable food crop that may also have real relevance for the future food security of Ethiopia. At the moment of his untimely and tragic death, Shiferaw was working steadily to transform his dissertation into a publishable book.

Although I never supervised Shiferaw as a Teaching Assistant, he was an exceptional course assistant for me in teaching our upper division lecture class on the history of Northeast Africa. Shiferaw served as Reader for the course from 2000 to 2002, and I found that his sense of judgment in evaluating student exams and papers closely matched my own. In 2003, at a time when I had to be absent, he very successfully offered three lectures and conducted review sessions for both the midterm and final examinations. He did all of this while also completing defense of his portfolio for his professional degree in Library and Information Sciences.

This brief recounting of my knowledge of his research and teaching at UCLA does not, however, reveal what made Shiferaw such a special human being. Shiferaw was simply one of the kindest, most gentle souls I have ever encountered, possessing a combination of qualities that informed all his interactions with his colleagues, friends, and students. He was a faithful friend who telephoned me regularly just to see how my wife and I were doing, as well as to keep me in touch with his own situation. While he continued to work on producing his historical research, I know that he was gratified to be able to teach Amharic at UC Berkeley, as he had at the University of Kansas. I shall miss his calls and our conversations, as I shall miss his presence. May he rest in peace.

I had the honor of taking Professor Assefa's Amharic class last semester. I only took one course with Professor Assefa, and that class happened over Zoom due to the pandemic. But even still, you could tell how passionate Professor Assefa was about teaching Amharic.

Professor Assefa began each of his classes by greeting us individually. "Dina," he'd say - how was your weekend? How is your family? How are your classes going? He greeted each student this way, and it meant so much to me. In Zoom school, it's so easy to sign on to class and fade into the background, but that never happened in Professor Assefa's class. He saw each and every one of us, and treated us like family.

Professor Assefa was incredibly kind. I joined the Intermediate level course without taking the Beginner level, and so I was a little bit behind in terms of my ability to read in Amharic. Professor Assefa kindly offered to spend an hour with me on a few Fridays to help me review the Amharic alphabet. This is just one example of how he went above and beyond for his students.

I'd been searching for a structured Amharic class for decades, and Professor Assefa's class was the only class that provided me with a strong foundation to learn the language. I mean it when I say that I learned more in one semester than I did in the past 26 years. I learned verb tenses, grammar rules and vocabulary - and all of this is due to Professor Assefa's dedication and hard work. I'm so sad he's gone, but I feel so lucky to have been in one of his classes and tremendously blessed to have known him for a short while.

May he rest in peace!